The South Africa Weather is something most people around the world can only dream about: Abundant sunshine and deep blue skies for most days of the year are a major attraction. The weather, however, can be quite unpredictable sometimes as well and we all can feel the climate change and its effects, as we are experiencing to drier and hotter periods as well as hail and rainstorms as extreme weather phenomena. Water saving measures are in place in many towns and cities around the country and weather extremes need to be prepared for. 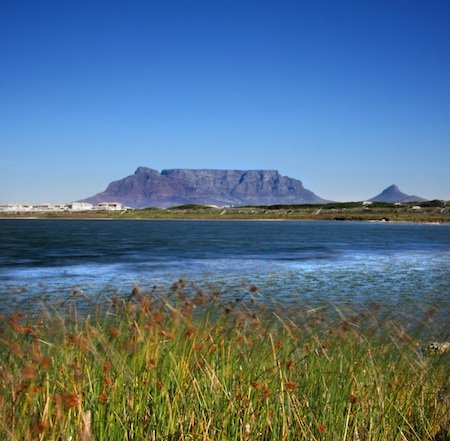 On this page you will find information on:

South Africa is a great place to travel to and travel around all year round. To make most of your holiday experience, it is advised to check some important weather facts before you go. Remember, if you pack the right clothes for the right weather, you will enjoy your trip, whether hot or cold temperatures are predominant in the season!

In most regions in South Africa seasons are distinct in the sense that you will have weather changes according to the four seasons: 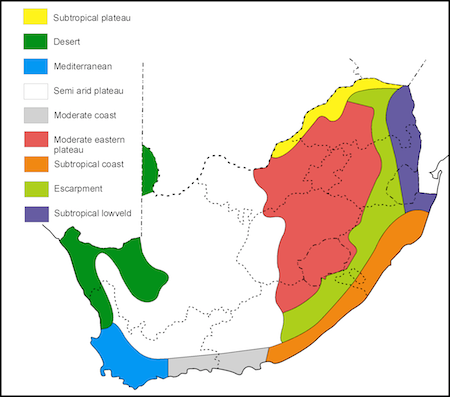 However, as the country lies in different climatic zones, the weather conditions during the seasons vary according to the regions and the layout of the land. See the various climatic regions on the map.

In the high veld region which is the high plateau in the centre, north and west of the country, the winters are usually dry with cold nights, where as the winters along the coast are usually humid with plenty of rain especially at the Western Cape. The summers will get very hot in the desert region and hot and humid in the north eastern and eastern parts of the country where a subtropical climate prevails.

The rainy season in most of the regions in South Africa is in summer. The Western Cape however is a winter-rainfall area. Read more about the Cape Town seasons here.

The temperatures range in South Africa from mild to hot in summer, the rainy season is mainly during summer with the exception of the Cape region and in general, the South African climate invites to a great outdoors lifestyle. Here some average temperatures at a glance.

Along the South African coastline, you can experience an especially mild South Africa weather with quite a lot of wind.

Cape Town and Port Elizabeth are known as the windy cities! Surfers and kiters appreciate the constant breeze along the Cape coasts and Jeffreys Bay in the Eastern Cape as well as Langebaan Lagoon on the West Coast are referred to as 'surfers' mecca' by the surfing community. 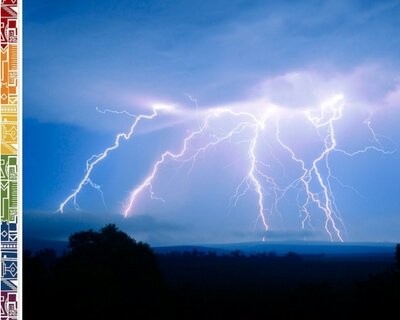 South Africa weather extremes are recorded in various places. Here are just some of the most interesting weather facts:

Here are our favourite getaways for the seasons. But as mentioned above, South Africa is great in every season, just know which weather to expect and you will enjoy your stay in South Africa any time of the year!

Many weather sites can be found online, however not all forecasts really hit home forecasting or even describing the current weather conditions. Well, try for yourself and see. Our favourite weather sites for the South African weather are:

Photo Credits for South Africa Weather: Shutterstock.com and own images