The South African weather is related to the geographic layout of the country at the tip of Africa. Gauteng and the cities on the Highveld such as Johannesburg and Pretoria have a hot and dry climate in summer while the temperatures generally are milder in the coastal regions of the Western Cape, where Cape Town is located. Durban experiences subtropical temperatures while the KwaZulu-Natal province shows vast differences if you consider to the high Drakensberg mountains which warrant for different weather temperatures than the coastal wetlands in the northern region. 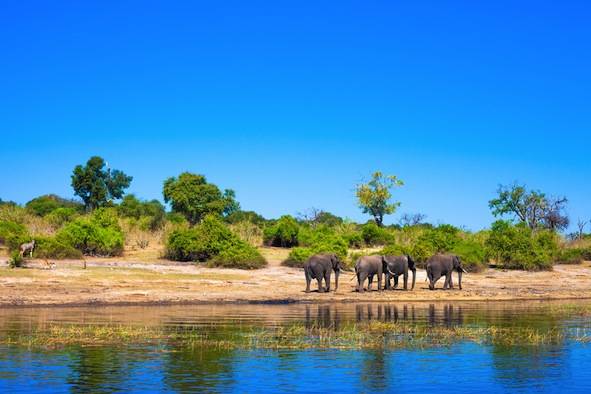 Due to having these different regions in South Africa, the weather phenomena are very diverse and experiencing weather extremes is not only a rare occurrence. Nevertheless, expect to see plenty of blue sky in South Africa!

On our South African Weather page you will find information on:

Did you know that Cape Town has got the fifth best blue sky in the world? Well, according to a research of the UK’s National Physical Laboratory, it is!

The Western Cape is a winter-rainfall area and the summer rainfall is very low. In total, there are only 105 days per year where the monthly accumulated rainfall is more than 1 mm. Therefore we must collect water during the rainy winters and use water sparingly during summer to avoid another water crisis as in 2017.

Especially in the coastal suburbs, you will notice a constant 'breeze'. There is always some wind in and around Cape Town; some areas are really windy like some city centre streets around the Civic Centre, especially when the South Easter blows. The Cape Doctor, a strong south-easterly wind, usually howls in the Mother City from November to January, but also occasionally during the other months of the year. This wind sweeps the city air clean of the pollution which is often visible over the city as a brown hazy veil.

The famous 'Table cloth' on Table Mountain is a cloud which sits on top of the mountain when the South Easter blows across False Bay to the Mountain. When the warmer air coming from the Southern peninsula hits the colder mountain air the cloud forms over Table Mountain and looks often like a waterfall pouring down the mountain, but dissolves quickly and vanishes. More about Weather in Cape Town 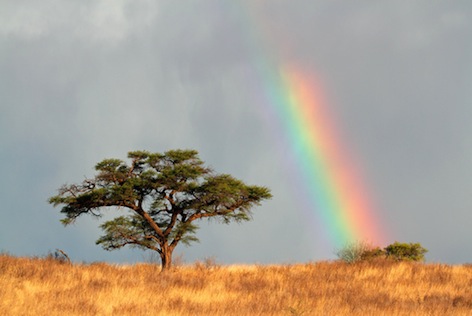 The high veld, which also encompasses the area around Johannesburg, is in the summer-rainfall area. Here the winters are dry and cold, while in summer the temperatures can easily reach highs in the 30degrees Celsius during the day and afternoon thunderstorms are no rare occasion.

The thunderstorms mostly only last a couple of hours, but the rainfall can be very strong, so be prepared when out and about. The winters in the high veld can be crisp and cold, even in daytime when the sun is out and the sky is blue, this weather will be experienced completely differently to winter days in Cape Town, where the daytime temperatures are really mild and seldom fall below 10degrees Celsius. 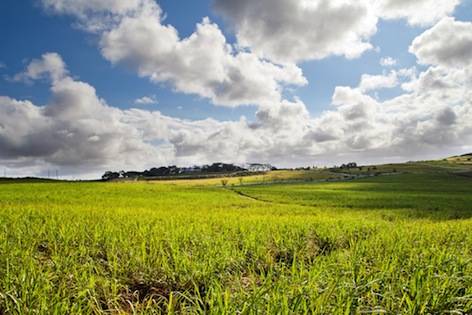 The Durban weather can change rapidly and often after a hot and humid day, there might be a change for some colder weather with rain showers for a day or two. Along KwaZulu Natal's coastline the climate is predominantly humid. So expect rain- and thundershowers throughout the year.

As the far east of Kwazulu-Natal is malaria region, please take precautions throughout the year, especially however during the hotter summer months.

The Kwazulu-Natal midlands have a more mild and temperate climate, whereas in the Drakensberg mountain region you can experience true winter temperatures and even snow in higher-lying areas.

How to dress for the South African weather? You will be surprised how many South Africans wear furry boots, hats, scarfs and even gloves in winter, when the temperatures drop to the annual lows. Even if the temperatures do not seem too low considering the lows we experienced overseas, here the air can feel really chilly! Winters can be freezing especially during cold spells, when the buildings do not heat up sufficiently during the day. Most buildings in South Africa do not have central heating, as people here only use mobile gas heaters, electric blankets or light the fire in the lounge's fireplace to fight the cold.

And remember also that nights can get quite cold, so you will need warm clothes and wooly sweaters especially for the evenings and bedtime. Should you go on safari in the Kalahari or Kruger Park, make sure you have got both, summery t-shirts and shorts for daytime and fleecy clothing for night-time, especially starry clear nights can be extremely cold.

As there can be sometimes four seasons in a day, especially in Cape Town, it is advisable to always dress in many layers or what is known as the typical 'onion-look': Put on many thin layers, so you feel comfortable when it is cold and you can 'peel off' the layers as the temperatures rise during the day.

So wear a sleeveless or short sleeved top underneath your Longarm T-Shirt underneath a shirt or sweatshirt underneath a fleece top or woolen sweater or jacket. That's how we dress and stay comfortabe with the changeable South Africa weather in winter. And try to stay warm indoors, with wearing warm slippers, boots and sweaters, as only few houses have got a central heating system such as underfloor heating or gas heaters.

One thing you will rarely need is an umbrella, because when it rains it usually storms too. So there is not much use for an umbrella. Instead, it is a good idea, to invest in a good multipurpose windbreaker-rainjacket, especially if it is one of those lightweight ones.

Photo Credits for South African Weather: Shutterstock.com and own images