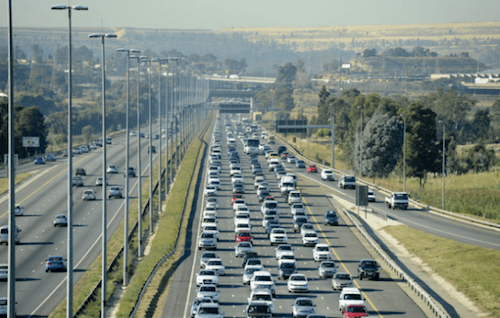 The Cape Town transport network urgently needs a solution for reducing the traffic congestion in the Mother City. Cape Town is South Africa's most congested city and ranks worldwide as 90th of 403 cities according to TomTom's Traffic Index. Peak traffic in Cape Town starts early in the mornings - traffic jams can be encountered as early as 5h30 and can last then until 10h00 - and in the evenings rush hour lasts generally from 15h until 18h30.

The public transport network is underdeveloped and ranks at the lower end of the Transport Development Index (TDI) which compares the world's major cities' direct cost of public transport networks, their safety and flexibility and also examines the safety and congestion on the city's roads. In 2015, Cape Town ranked only at 73rd position of 85 cities worldwide. But there is light on the horizon as the first of the long promised new commuter trains have arrived in the Mother City. 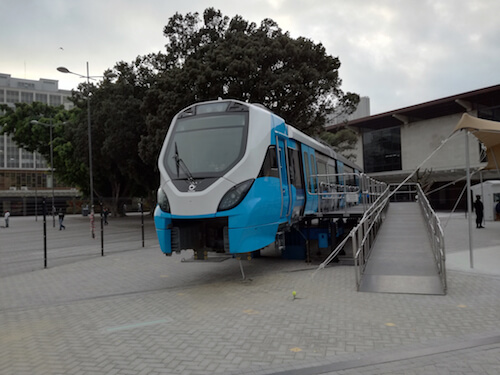 Most of the local commuters use minibus taxis, buses and metro rail for their daily transport. 95% of the people using public transport as their main means of commuting are from the low and middle income groups. The Cape Town Public Transport system, however, is not yet adequate for the constantly increasing city population and the high number of commuters. Currently only 54 train sets are running, due to lack of maintenance or vandalism whereas 88 trains would be needed for the delivery of efficient service.

Already several years ago, it was announced that new trains would be rolled-out to increase volumes and reliability. The expanding MyCiti bus rapid transport network and a higher number of modern commuter trains linking the Eastern and Southern suburbs to the city are hoped to ease the current congestion on the roads. Read more here.

More than 900 000 private cars are registered in Cape Town and almost 1.5 million passengers travel by private car daily. Travel times by car are often long when you have to commute to your workplace in the CBD and you have to plan wisely when and where to travel ahead of time. Major road construction projects are under way in many parts of the city to improve the situation. The roadworks to complete dual carriage ways such as on Ou Kaapse Weg and Bosmans Dam Road which are main arterials in the city will help ease some of the congestion in the near future, until then daily commutes by car are tiring and some stretches of the Cape Town road system will be a big headache to all commuters. 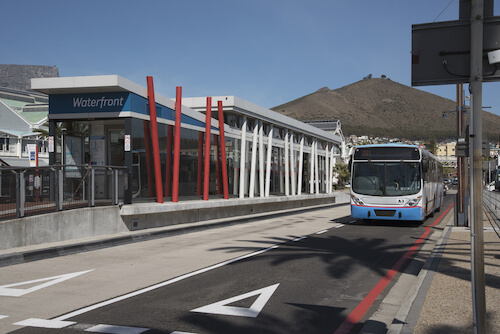 MyCiti Busses run throughout the city

Most long-term visitors such as interns or expats will have to rely on their own transport to get to work or manage the daily routine e.g. driving the children to school, going shopping or visiting friends and thus will need to make wise decisions regarding their daily commutes as mentioned above.

Short-term visitors staying in the city center or along the popular Atlantic seaboard beaches, however, will enjoy using the well-structured Cape Town bus network - at least for part of their holidays in the Mother City as for exploring the West Coast, Cape Winelands or Garden Route, renting your own car is highly recommended. Before we share some advice on how to get a car and what you must know about driving in Cape Town, let us give you some more insights into the various Cape Town transport options first. 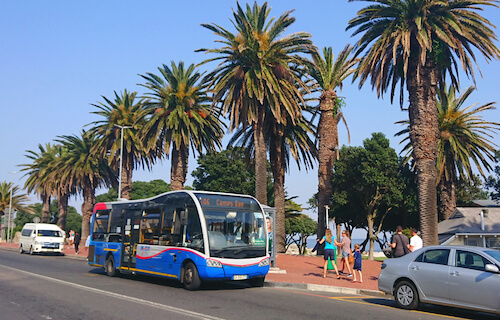 Cape Town Transport | Getting around by Bus

The MyCiti bus rapid transport network is expanding rapidly. Many suburbs and the main tourist attractions such as the V&A Waterfront, Table Mountain and Sea Point are well-linked to the main feeder service. The main routes run between Table View and the Civic Centre main station and the airport and city centre. Further services extend out as far as Atlantis and Khayelitsha. Various routes connecting further outlying suburbs or nearby towns to the growing network are currently under construction. Have a look at the route map here and the activity map for suggestions on sightseeing in the city here.

Simply buy a MyCiti card to pay for your trips and start exploring. There are different peak/off-peak tariffs, more info here. 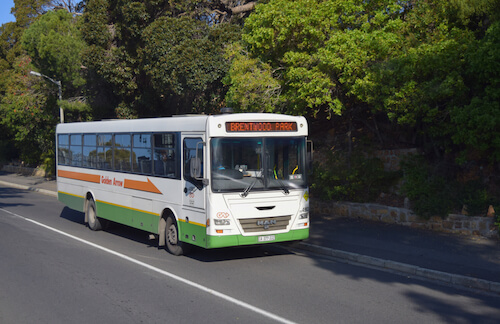 MyCiti runs also feeder buses to the main bus stations and these smaller buses are very convenient and safe as well. Outside the MyCiti network, not all commuter buses are new but the older Golden Arrow buses that run throughout the city, connect many suburbs or outlying areas with the city center. Find more info on the Golden Arrow busses here.

Cape Town Transport | Getting around by taxi cab

Travelling in a limousine cab or metered taxi is definitely the easiest and most convenient way of getting around town, but also more on the pricey side. It is definitely worth to pay a few bucks more for a trip during the evening hours or at night when you want to get home from an evening. Taxi cabs in Cape Town charge around R10-15 per km depending on the area and further additional charges - such as for extra luggage and number of passengers or extra stops. 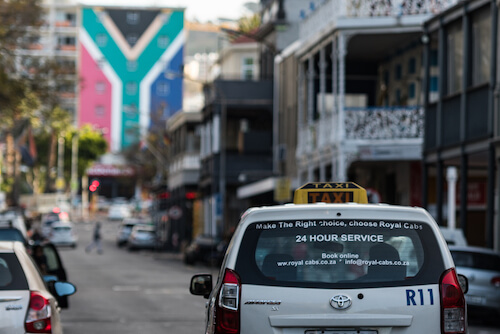 There are only a few taxi ranks around the city center in Cape Town. These are located mainly at the major tourist sights. Usually, you will not be able to hail a taxi cab from the street and it is advisable that you pre-book any taxi trip. Taxis can be ordered from restaurants, hotels and shopping centers. Various local taxi companies such as Rikkis, Intercab or Excite can be contacted and restaurants usually have a list of reliable drivers too. Please check the meter or arrange a rate beforehand not to be unpleasantly surprised.

Uber has reached Cape Town too and already has a large fleet of driver in the categories X and XL, as well as a more limited number of private taxis of the 'Black' premium category. Their drivers are monitored and registered and considered commonly as reliable and safe. Get more info about UBER here. 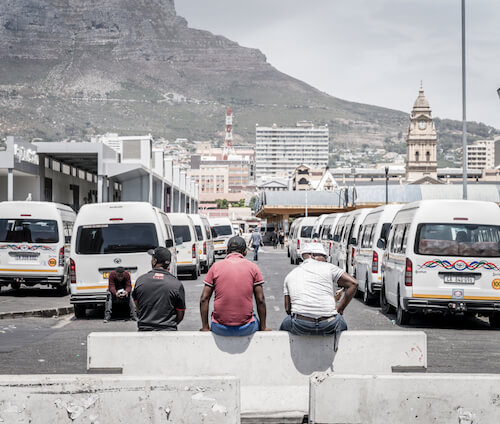 Cape Town Transport | Getting around by minibus taxi

Cape Town Transport | Getting around by motorbike

Motorbike or scooter rental is possible in Cape Town as well. It is best to get in contact with a rental company such as Cape Bike Rentals to enquire about your best options. If you always wanted to ride a Harley Davidson, find out about your options here. 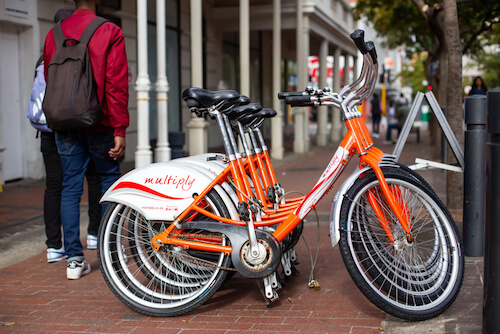 Cape Town Transport  | Getting around by bicycle

The network of cycle lanes is improving in the city, but there are rarely dedicated cycle lanes within the CBD. There are wonderful and long cycle paths from the city center through Green Point and Sea Point as well as from the city center up the West Coast to Melkbosstrand. Be cautious, however, as sometimes the track can be obstructed by sand, glass or debris and therefore it is recommended to take a puncture kit along. It is also always best to cycle only in groups especially when out of town or travelling along remote roads and cycle paths.

Bicycles can be rented from various outlets, such as Up Cycles at the Waterfront or Bicycle Hire in Blaauwberg. And if you bring your own bike along and need a service, check out Neil Buckland's NBCycles in Pinelands. Some rental companies also rent out e-bikes, especially in the city center and along the Sea Point promenade. 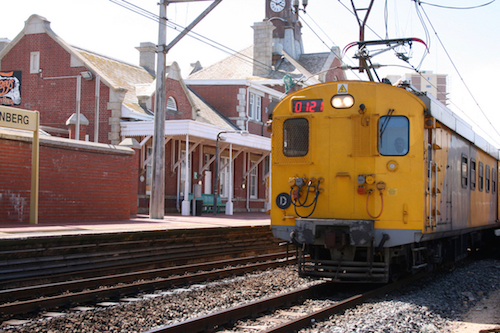 Cape Town Transport | Getting around by train

Some of the Eastern Suburbs, such as Bellville and Montevista, and the Southern suburbs, such as Rondebosch or Wynberg, as well as towns such as Muizenberg, Simonstown are serviced by the Metrorail system which is based in the newly refurbished Cape Town station. You can access the Cape Town trains website here. Be aware though about petty crime around the train stations - and make sure to stick to the usual safety rules. See our safety tips for Cape Town here.

Train travel is usually safe during the day, but avoid taking the train after dark. Always make sure to avoid empty compartments and best travel in groups you know - especially if travelling as a woman. During rush hours, the trains are often overloaded and it might prove difficult to get in or off the train. The trip along the False Bay coast is a very scenic ride which can be enjoyed outside rush hours. Check the schedule with the Metrorail app here. 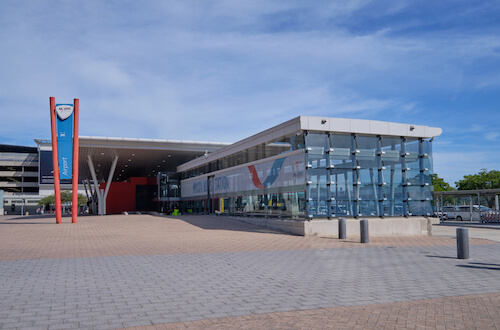 The MyCiti airport shuttle runs from Cape Town International Airport to Civic Centre in the CBD every twenty minutes. The trip to the city centre takes about half an hour depending on traffic and costs around R80 (depending on fare and discount options). The City of Cape Town's public Myciti Rapid Transport Shuttle is reliable and safe.

For private airport transfer book with any airport shuttle companies that operate from their desks in the Central Hall at Cape Town International Airport. Or book a reputable shuttle company beforehand, check the price and check if you will be driven directly to your destination or the driver plans to wait for somebody else to join you for the trip. More info and reliable airport shuttle operator's contact numbers here.

Cape Town Transport | Getting around by Car 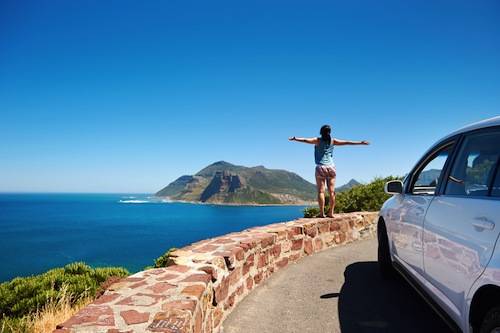 Until the main bus routes are serviced in an interlinked network throughout the city, most of you will still need to rely on a car for more convenient personal transport. If you plan to live in Cape Town, you surely will consider buying at least one car for your family. When we moved to Cape Town we rented a car for the first two weeks and in this time we were very actively were looking for a suitable family car.

Buying a car is surely the most popular option when considering your Cape Town transport and also cheaper than renting a car for a longer time. If you buy your first car here from a car dealer, they will usually arrange registration and licensing for you. Where and how to register your car and which documents you need, if you buy a car from a private person, read on here.

Driving your own car in Cape Town is not different from driving in any other cosmopolitan city around the world. Like in Britain or any former British colony you will be driving on the left side of the road. Some important things to know are:

A traffic light is called 'robot' in South Africa

For some important Cape Town transport information on what to do and what to take special care of when driving in the Mother City please refer to our Top 10 tips about driving in South Africa, a page about the basics on driving your own car in Cape Town and special traffic rules you should know when driving here. 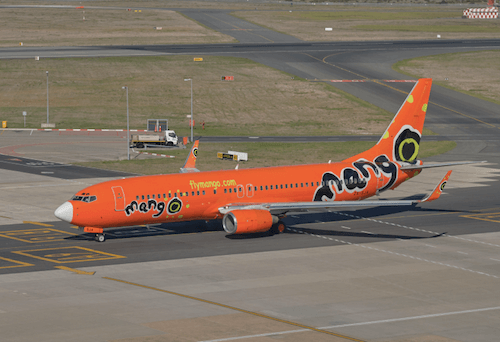 Air transport is the most convenient and time-effective way to travel if you want to venture further away from the Mother City and want to get around South Africa quickly and easily. Air transport is not cheap in South Africa, but low-cost airlines, such as Mango or Kulula or Safari operate as well and often offer special rates. Read more about airlines operating flights to Cape Town and in between South African cities here.

Train travel with the famous Blue Train for Cape Town to Pretoria or the Shosholoza Meyl are comfortable and exciting trips if you travel between Cape Town and Johannesburg or Cape Town to East London. 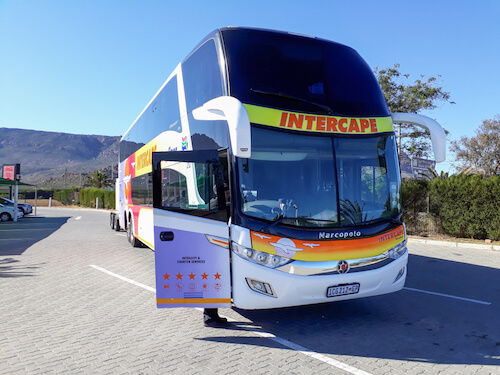 Inter-city Bus Services like Intercape and Greyhound service not only the Wider Cape Town area but also cities and towns in the Western Cape and link the Mother City to many cities across South Africa. The air-conditioned 'luxury' buses operate routes to all major South African cities. The Baz Bus, a backpacker bus service, is a popular alternative used by many young travellers and includes many stops along scenic routes. 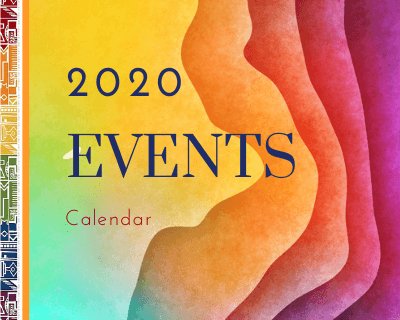 Back from Cape Town Transport to Driving in South Africa