The South Africa climate is in general mild and comfortable, with usually hot and sunny summers and mild winter temperatures during the days. There is no special season which you should avoid, even winter is mild and travels to South Africa are popular all year round. Travelers will enjoy visiting to South Africa at any time, the slightly colder seasons between March and October are sometimes even preferred for visits due to lower visitor numbers at major attraction, better wildlife spotting in Kruger Park and plenty of available accommodation options. 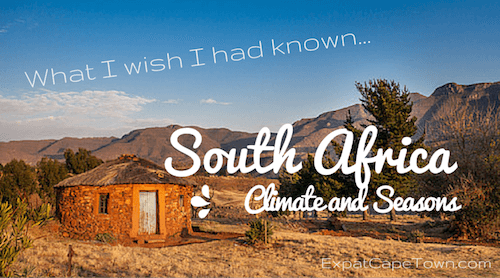 Did you know that in winter, in some parts of the country days can bring snow to the higher mountains in South Africa, while temperatures in Durban often easily reach 25 degrees even during the winter months? In Cape Town, we experience most of the cold spells between Mai and September. But hey, anybody in Europe would call 18 degrees in winter extremely mild!

The climate in South Africa, however, differs in the various regions of this large country. The rainy season in most of the Northern regions of South Africa is in summer while the more southern region Western Cape is an area with Mediterranean climate and winter rainfall.

Generally speaking, South Africa's northwestern regions have a more subtropical climate, the northeast a desert climate and the highveld a temperate climate, while the Western Cape enjoys a Mediterranean climate. Cape Town never really feels unbearably cold or hot, compared to other cities we have lived in. And this certainly is due to the seaside location, where there is pretty much always a breeze during the hotter summer months. 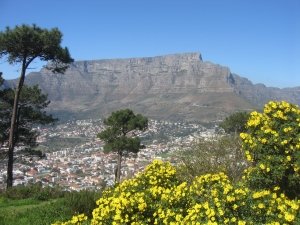 South Africa has got quite well-defined seasons. The seasons in South Africa are opposite to the seasons in the northern hemisphere. So relating to the climate in South Africa, August means colder winter weather conditions in most of the regions of the country. The word 'cold' however often means only cold nights or rainy and stormy weather. So pack a warmer jacket or sweater whatever the season and a light rain jacket will come very handy too, while the umbrella can stay home and is not practical due to the wind, especially along the coastline.

And yes, you can find snow in South Africa! During cold fronts there is snow in the Drakensberg area in KwaZulu Natal as well as in the Cederberg Mountain region of the Western Cape. Occasionally, there might even be flurries of snow on top of Table Mountain! Check the actual weather on the mountaintop here.

To give you a more detailed insight into the four seasons I will give you some description of what South Africa climate you can expect for the various seasons in Cape Town. 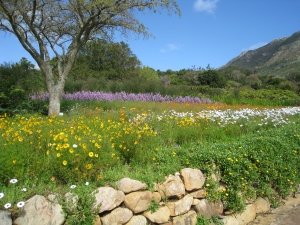 Cape Town is beautiful in spring when nature awakes. Little colourful daisies come out everywhere and cover the ground like a magic multicoloured carpet. It is especially nice to see the carpets of wildflowers bloom in Namaqualand, which is an one-hour trip north of Cape Town.

On the picture is a similarly stunning display of springflowers in bloom in Kirstenbosch Gardens as seen each September. Read more about Kirstenbosch Botanical Gardens in Cape Town here. 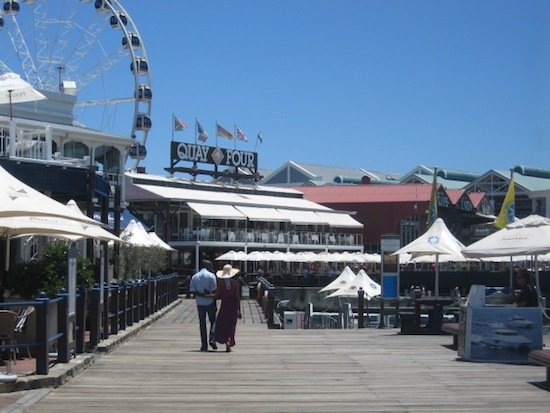 Enjoying a day out at the V&A Waterfront in summer

Summer days are usually starting with around 17 degrees in the morning and heating up to 30 degrees Celsius in Cape Town. Occasionally there will be very hot days with 35 degrees Celsius or more. Further inland, e.g. in Stellenbosch, which is only a 40 Minute trip from Cape Town, the temperatures will be slightly higher. The hottest temperatures occur during mid of February and mid of March, when it is often quite windstill. The night temperatures then do not fall much below 22 degrees. The longest day of the year, 21st of December has got here 14.5 hours of sunshine, as the sun rises around 5.30am and sunset is around 8pm.

This is the time you will enjoy the days living near the sea, as there will always be a slight breeze. In November and December, the usually strong South-Easter winds, called also 'Cape Doctor' blow away the haze which sometimes lies over the city when the temperatures rise. Be aware of the strong winds when you plan a trip to the beach, as with the strong winds you might not get your desired tan but a sandy peeling.

Autumn/Fall in Cape Town: April - May 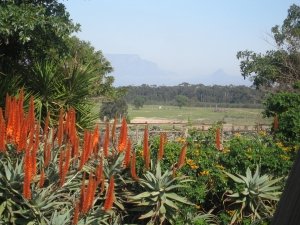 Autumn in the Western Cape - aloe in bloom

The first storms in April will mark the onset of autumn. The temperatures will get lower and the nights cooler. This is the time to visit the beautiful winelands with its colourful foliage and go for hikes in the mountains. The days are getting shorter with sunsets around 7pm and sunrise around 7am. Make sure to pack a warm fleece jacket or wooden sweater for colder evenings.

On the picture above, you will see the dry landscape just north of Cape Town. This picture was taken at the West Coast Ostrich Farm, which is only half an hour drive to the north of Cape Town, where you will experience the wildness of the South Africa and feel like miles and miles away from it all. The nightly rain showers clear the air and so the lovely countryside which was very dry and brown in summer gets its green cover again late in autumn. 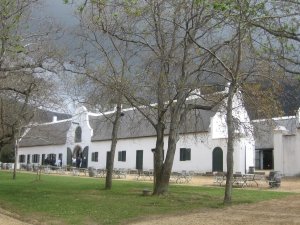 This is the time when cold fronts come across the Atlantic oceanand bring with them heavy rains and strong north-westerly winds. The sea is often very rough and you have to be a little more cautious when walking along the seashores or even down Seapoint promenade.

Most of the annual rainfall happens during these months. The temperatures do rarely fall below 10 degrees Celsius during the day. Days are relatively short with sunrise at 7.50am and sunset at around 5.45pm for the shortest day.

Nevertheless winter can feel quite cold actually as the houses rarely have any centralized heating facilities. Only some more upmarket houses have got underfloor heating or combined aircon-heating units. So dress warmly or spend a grey day near the fireplace, which all the houses have got here. Enjoy the lekker South African cuisine in one of the many superb restaurants or gather with friends around a logfire in a mountain retreat. Image credits on South Africa climate: own and shutterstock. 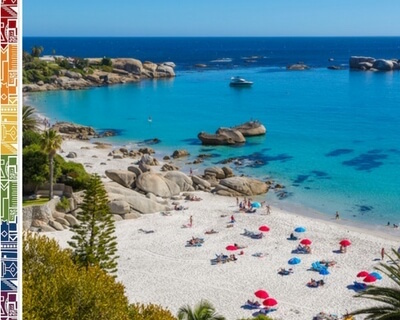