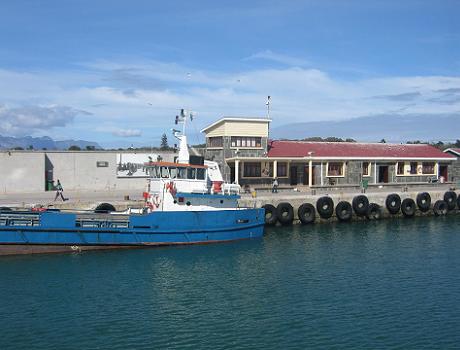 Robben island set in Table Bay off the Cape Town Atlantic coastline was used during various times as prison island, but is world renowned for having been used as maximum-security prison during Apartheid times. Many political prisoners and freedom fighters were imprisoned on this island, foremost Nelson Mandela who spent 18 of his 27 years in prison on the island and Robert Sobukwe who was in isolation here for more than 11 years. The island symbolizes the triumph of the human spirit, of freedom, and of democracy over oppression and is now housing a museum complex where former political prisoners give highly insightful tours to visitors to the islands. 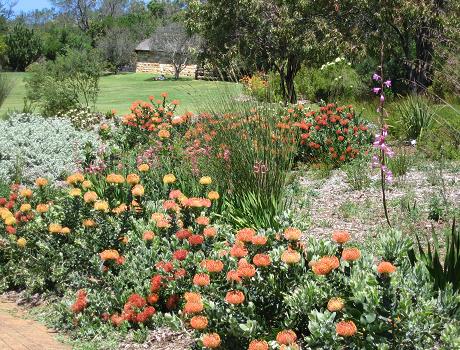 Although the smallest of the six floral kingdoms in the world, the vegetation in the Cape Region is the most diverse in the world. Cape Floral kingdom is home to almost 20% of the species on the African continent and 10% of all the species on our planet. The Cape Floral Kingdom stretches roughly from Cape Point to Grahamstown and up to the Olifants River. Almost 70% of all species found in this kingdom are only occuring here and nowhere else in the world. The biodiversity and density of the flora is also among the highest in the word. 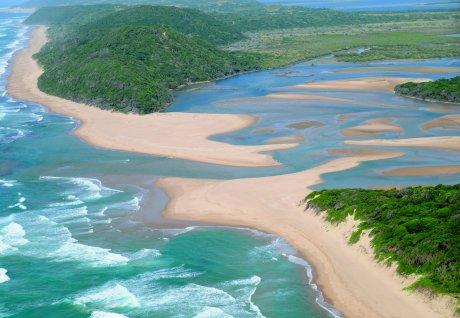 The largest of the estuary systems in Africa with more than 220km coastline, the region around the St. Lucia Wetlands is renowned for its pristine sand beaches, coral reefs, reed and papyrus wetlands which provide spectacular vistas. It is habitat for more than 6,500 animal and plant species. 148 of those are registered as threatened species like the Humpback Whales, which can be seen only here, and on Costa Rica’s Cocos Island Park.

The Cradle of Humankind 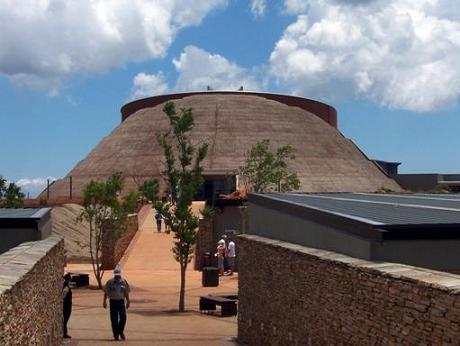 Maropeng - Museum at the Cradle of Humankind

The cultural sites at Sterkfontein, Swartkrans and Kroomdraai, together with other fossil hominid sites in the Makapan Valley in Limpopo and the Taung Skull fossil site in the North West Province are the predominant sites worldwide for hominid fossil finds. The hominid fossils can be dated back to 4.5 million years and the various caves offer valuable insights. The evidence of domestication of fire from over 1.8 million years ago found in the Sterkfontein caves provides scientific information on the evolution of modern humans during the last 3.5 million years. The Taung Skull was the oldest fossil found in Africa in 1924. The fossilized remains of our human ancestor, the Australopithecus africanus, belong to a young child, who lived more than 2 million years ago. 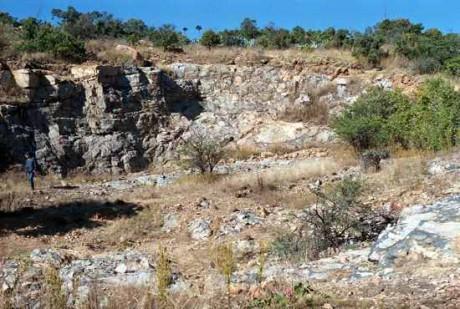 With over 2,000 million years, the crater represents the oldest meteorite impact site in the world. It is also considered the world’s largest and most deeply eroded impact site. The world’s greatest known energy release event caused a crater with a radius of 190km wide. The multi-ring landscape structure includes fabulous inner centre rings and hills around Vredefort and the outer ring around Braamfontein Ridge near Johannesburg, which lies roughly 120km from the impact site. 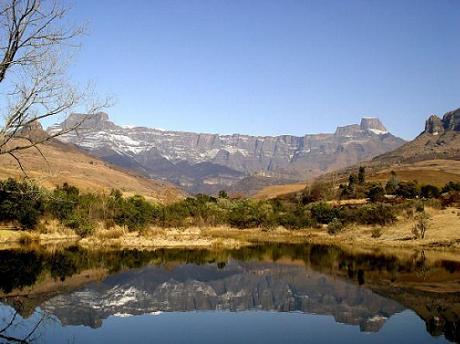 Drakensberg Mountains and the famous 'Amphitheatre'

South Africa’s only combined natural and cultural heritage site. This is not only protected for its beauty, but also the largest and most concentrated collection of cave paintings and rock art in the sub-Saharan region can be found here. The San people who lived in this region for over 4,000years and the painting shed light on their spiritual life. However, the Drakensberg Alpine Region is not only known for high archaeological value but also for its biodiversity and many endemic species. Globally threatened species like the Natal Dwarf Chameleon, many alpine plant species and rare bird species found a safe refuge in the area. 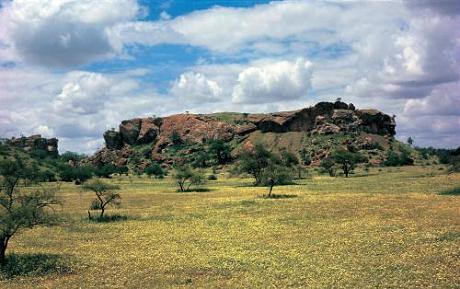 Once site of the first and largest kingdom in Southern Africa, the Mapungubwe valley between 900 and 1300AD, the importance of the settlement was only acknowledged when the first excavations began in the late 1930s accumulated huge numbers of glass beads, gold artefacts and walls and ruins of the palaces. By the end of the 13th century, Mapungubwe was the most important settlement in Africa as a wealth of archaeological artefacts indicates. The many artefacts display the extraordinary skills of the indigenous people. Now, the site, which was abandoned, more than 400 years ago, still shows evidence of the once powerful trade centre lining the African subcontinent with the East. 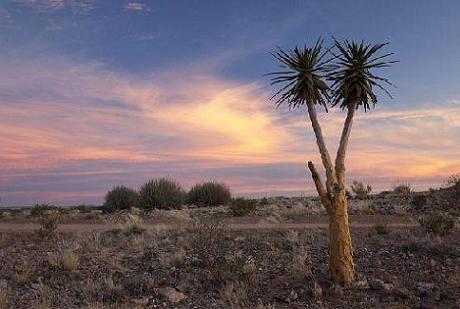 This unique arid landscape is still home to the nomadic Nama people who live in this area for hundreds of years, but the descendants of the Khoisan were dispossessed after the European settlers arrived in the late 18th century and during apartheid times. The land was redistributed to the people in 1990 and the Richterveld community conservancy was formed which was awarded heritage status in 2007.

Image credits for World Heritage Sites: sxc.hu and own images

For more info on the heritage sites go to the official UNESCO website.