Finding the right schools in South Africa for your children is one of the most pressing questions on every parent’s mind. During our search for suitable schools for my own children, we collected information on many of Cape Town's educational institutions and want to share this information with you here. 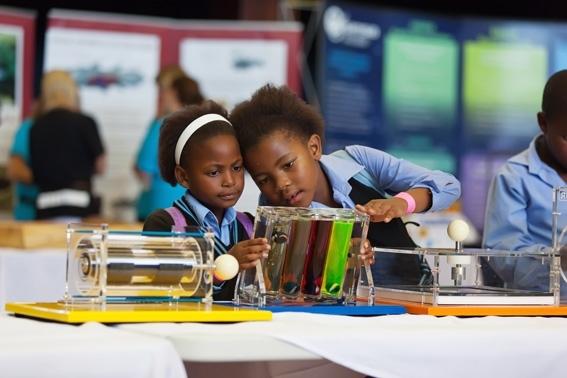 Foreign pupils are allowed to attend state schools and private school, often refered to as independent schools, provided they are in posession of a valid study permit. Classes in private schools tend to be much smaller with 20-25 children in a classroom whereas in state school classes have usually around 35-40 children per class. Kindergartens and pre-school education is widely available. Class sizes are usually small with around 20 children to one teacher and one classroom helper. In some areas expats register their child in a state school as the standard of education in some state schools is high enough to satisfy the expatriate children’s needs. For being accepted in state schools the children have to live in the catchment area of that school. Expatriates send their children mainly to independent, i.e. private schools in South Africa.

There are several international schools in South Africa, which not only teach a foreign curriculum such as the Cambridge curriculum but often include topics of the South African curriculum and some even offer dual exams including the South African 'Matric' exam. Usually these schools also offer pre-school and kindergarten facilities for expat children. With classmates from the own country, speaking the home-language a child adjust quicker and socialize easier as the children often live in a nearby area.

Schools offer instruction in English and/or Afrikaans and sometimes a local African language as first language of instruction. All pupil have to study at least two languages, the first language (mother tongue) and a so-called 'First Additional Language' at the local schools. High schools often offer other languages as third language.

Most expatriates send their children to schools with English as medium of instruction to get a continuity in the education. English and Afrikaans are pre-requisites for attaining a local South African 'matriculation' exemption which is needed to study at a local university. For foreign children residing less than five year before writing the matric exam in Grade 12, there is the possibility to choose another language or subject instead of Afrikaans. There is a number of languages which are accepted by HESA (the authority which acknowledges matric exams and exemptions for SA university entrance). Find more info on these accepted languages here.

School fees and annual rates usually refer to class size and educational services offered by the institution. There are good state schools to be found which offer a high standard of education at R10,000 per annum. The school fees for private schools vary in the range from R25,000 to R70,000 per annum. After school programs, like piano lessons, pottery classes, tennis or golf, are usually to be paid separately.

Most of the schools in South Africa offer a high standard education for reasonable prices. In some of the most prestigious schools the fees can be quite high, but considering private schools with a similar standard of education in European or American Institutions the fees are still comparably low. The fees at state schools are decided upon by the schools governing body, with certain circumstances people can apply for exemption of school fees.

In all schools you will have to bring the child’s birth certificate and sometimes a proof of immunization for registration. In private schools often non-refundable registration fees have to be paid for that application process, so you should be sure if you want to register your child in this particular school. The school in turn will offer your child a place and officially accept your child with a written confirmation. Then you have to apply with that confirmation at Home Affaires for a Study Permit. For help with obtaining a permit you can get help from one of our recommended immigration practitioners. For final registration at the school you have to bring the child’s passport with a valid study permit as the regulations are very strict.

Remember: It is illegal to have a child attend school without a valid Study Permit and we know, the principals are not hesitating to send children home without valid or with a still pending permit!

To get a more thorough overview of the education system in South Africa and its standard please refer also to my education page.

All the Best for finding the right school for your child:-).

Go back to Education in South Africa

Return from Schools in South Africa to ExpatCapeTown