Sporting Moments and how they affect the financial markets

Have you ever wondered how the rugby world cup 2015 might affect the financial markets and thus your investments? Insightful data, provided to us by IG South Africa, show how major sporting events often coincide with significant movements in financial markets. 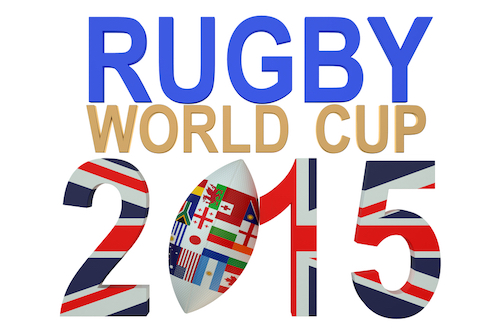 With the Rugby WorldCup finishing off this weekend, how might the on-pitch action between the two contenders for the Webb Ellis trophy, Australia and New Zealand, will translate to the markets? And how will the South African economy react to the outcome of the Bronze Final between Argentina and South Africa?

Here's what's happened in the past. These five major world sporting events will provide some excellent insights.

7 July 2013: Scotland's Andy Murray faces massive pressure from the world No. 1 in the final game: but still completes the first British Wimbledon win for 75 years.

How the markets reacted on the Wimbledon win:

+5.1% Increase in the FTSE 100 throughout the tournament

+7.5% Rise in share price for Scotland’s 10 biggest companies during the tournament

+5.8% Increase in sales for AG Barr, producers of Irn-Bru, that summer

20 October 2007: South Africa triumphs in a tough match against the reigning champions to claim a second Webb Ellis trophy

How the markets reacted on the South African's win:

+4.3% Increase in ZAR against USD during the tournament

+7.0% Increase in ZAR against GBP the week after the tournament

30 September 2012: Spanish golfer José Maria Olazâbal captains Europe to an emotional comeback against the US, dedicating the win to Seve Ballesteros who had passed away the previous year.

25 September 2000: Australian Cathy Freeman shrugs off the pressure of competing at the Olympics as her country's only athletic hope, and powers to victory

How the markets reacted on the Australian's win:

+7.5% Rise in share price for Nike, Inc, the creators of Cathy’s iconic body suit, in the 10 days after her victory

22 November 2003: Jonny Wilkinson receives the ball and lines up a kick planned weeks in advance, giving England its first ever Rugby World Cup

How the markets reacted on England's win in 2003:

+9.8% Rise in share price for Diageo, the makers of Guinness, during the tournament

Will the Bronze Final affect the South African market?

The brand value of the sponsors of the final winning team can expect as usual a boost and even share prices might increase extraordinarily as happened with share price of Coca-Cola after the soccer world cup in 2014. The 2015 rugby world cup's sponsors, among them Heineken, Societe Generale and DHL (listed under Deutsche Post), are hopeful to reap some rewards too.

The last four teams playing in the 2015 world cup are New Zealand and Australia in the rugby finals and Argentina and South Africa competing in the bronze final. The team's countries certainly all hope for their team's win which might bring growth in their market's indices and beneficial exchange rates for the weeks to come.

'Since 1985, the six-month period following an Ashes series has seen the winning side’s country's stock market increase by an average of almost 10%. This compares to an average annual gain for the FTSE 100 of around 6% per year since its launch in 1984.' (Read more here)

Let's also see what the analysts see as good companies to watch:

Travis Robson, Head of Premium Clients, Retail and Institutions at IG South Africa, names SAB Miller and hotel or property stocks that have a link to the UK as well as healthcare companies like Life Healthcare ﻿or Netcare﻿, as companies to watch. 'The host nation is usually the most likely focus of any trading impact from a major sporting event. For the Rugby World Cup in the UK, £982 million of value is expected to be added to national GDP: on top of the £85 million that has already been invested in infrastructure.' as Travis Robson further explains.

'I’ll be keeping an eye on all of the major RWC sponsors who will be getting major airtime during the tournament: Toshiba, Coca Cola, Heineken, Land Rover (under the umbrella of Jaguar Land Rover, who are in turn owned by TATA motors), Societe Generale and DHL (Deutsche Post)'

Regina Gräff is the founder and editor of ExpatCapeTown.com and co-author of the 'Living in South Africa' expat guide and handbook. Born and raised in Germany, she has a MA phil degree in languages and intercultural communication. Regina is a serial expat and has lived and worked in the USA, Australia, Singapore and the UK. Since 2005, she is at home in Cape Town/South Africa.