Iagos Last Dance, a highly acclaimed drama, which was written by Mike van Graan, and is directed by Lara Bye, is coming to Cape Town this month. 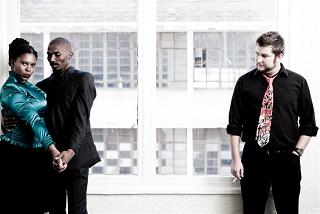 This excellent show was first presented at the National Arts Festival, Grahamstown on its recent Main Programme and at the subsequent National Schools Arts Festival.

Iago’s Last Dance is a powerful trilogy about betrayal and vengeance and is set against the backdrop of the HIV and AIDS.

This Cape Town play is directed by Lara Bye whose credits include the multiple award-winning Yellowman, Jesus Hopped the A-train and Fiona Coyne’s The Shadrack Affair.

About this Cape Town Drama

The show features three playlets with three actors playing a different character in each play, move from betrayal within a marriage to betrayal of friendship and finally, betrayal by the larger society.

All the playlets - Heartbreak Medea, Iago’s Last Dance and Valiant Spartacus – refer to classical texts but their power and contemporary relevance leaves the audience gasping at times.

The actors are the versatile and talented Jan-Hendrik Opperman, Ntombi Makhutshi and Mbulelo Grootboom, who featured in the popular South African film White Wedding.

In a research project to determine whether the audience was put off by hard-hitting HIV/AIDS backdrop of the play, the overwhelming majority, i.e. 80% of respondents recommended the play highly.

Many spectators were commending especially the dramatic and compelling manner in which the subject matter is handled in Iagos Last Dance.

How much? Tickets cost R65 and R45 for Tuesday and Saturday matinee performances and for pensioners, students, school learners and block bookings of ten or more. All booking is via Computicket.