Have you heard about Goema? Not sure what it really is?

"If you take a pinch of Khoi-San lament, a dash of Malay spice, a measure of European orchestral, a splash of Xhosa spiritual, the clash of marching bands, the pizzazz of the Klopse, a driving primal beat and a lot of humour and musical virtuosity, what do you get? Goema, Goema, Goema!"

This is how ProfoundlySouthAfrican decribes the beat. And that is very apt, if you listen in. 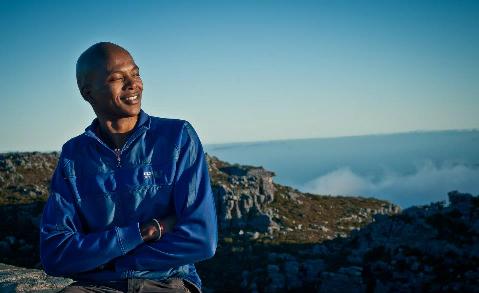 The winner of the 2011 Creative Cape Town Goematronics Remix Competition was announced in October 2011.

The winner is Blendor who composed a beautiful homage to the Mother City's most famous landmark and called his musical piece simply "Table Mountain".


About Goema in Cape Town

This is the distinctive Cape Town beat you can experience when you come to see the Cape Town Minstral March in January or a Cape Town Jazz Concert. But not only at these events!

This type of music has been an integral part of the Cape’s culture for many years. The sounds were explored through jazz standards by legends like Abdullah Ibrahim, Robbie Jansen and Basil "Mannenberg" Coetzee.

In the 1980’s innovators like The Genuines created a "skollie punk/rock" sound using this beat. The Genuines created the musical precedent that Mac McKenzie and Hilton Schilder would later use and fuse with Latin beats and electronics, working with the likes of the late Alex van Heerden, "The Goema Captains of Cape Town and Rock Art".


Mac McKenzie is a composer and the founder of the Cape Town Goema Orchestra who incorporates the carnevalesque elements into his compositions.

In 2008, Goematronics emerged as a cultural hybrid.

In 2010, the "Goema Symphony No.1" by Mac McKenzie was launched at Cape Town’s SABC Studios.

In 2011 the call for making the goema sounds more prominent and gain both the local following and international interest it deserves has gone out.

The winner of the GOEMATRONICS Competition 2011 was announced at the launch of the Creative Cape Town Annual on 13 September 2011.

Sponello Yeni from Kwa Mashu in Durban went up against eleven other musicians/DJ’s who submitted a total of thirteen tracks. He took the title with his Kwaito inspired version, which draws on Robbie Jansen’s sax rendition of 'Daar Kom Die Alibama' and goema beats by Hilton Schilder, entitled 'Table Mountain'.

Sponello’s prize includes a full week’s worth of Red Bull Studio time – including use of the studio, recording and music production equipment, and the time of an engineer to oversee the project – valued at R35 000, as well as studio software Cakewalk from Paul Bothner Music, valued at R5 500. He is being supported by Cape Town Tourism for his five day trip to Cape Town to receive his prize and will stay at new Burg Street hotel “The Glam”.

According to Zayd Minty of Creative Cape Town: "We received a few very interesting tracks but overall it was clear that Sponello’s creativity would see him through. He stepped out of the boundaries and used Kwaito, a genre that only originated in the 1990’s, as an inspirational spin to a genre that’s lived many years ago."